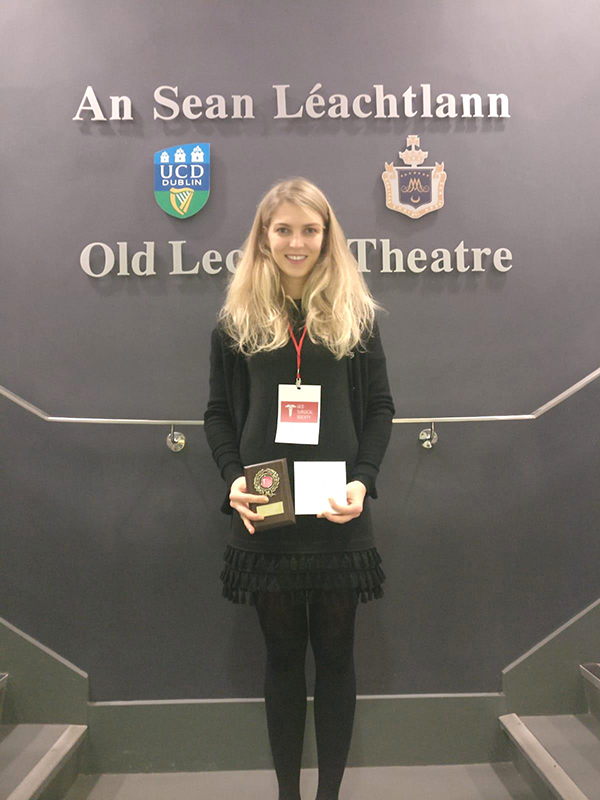 The Professor William Campbell Student Scholarship was an invaluable experience and one which I enjoyed greatly.

I applied for the Professor William Campbell student scholarship as I wanted the opportunity to gain experience in research as a student, and I was honored when I received the news that I had been selected for the scholarship. I felt this was an important thing to do while I was a student as it would prepare me for the research that I will encounter and rely upon during my medical career.

I carried out a meta-analysis titled “Readmission to Hospital Following Laparoscopic Cholecystectomy; a Meta-analysis” under the guidance of Mr. Sugrue, my supervisor and a surgeon in Letterkenny University Hospital. This is an important research topic as laparoscopic cholecystectomies are among the most common surgeries, with over 1 million performed annually worldwide. I worked closely with the Alison Johnston, the DCRA team and with five other research students. While completing a meta-analysis seemed daunting in the beginning, the support which I received from the DCRA team and the other students made the process both achievable and enjoyable. One of my favorite aspects about the support provided was that they had organsied for a previous student to give short lectures which guided us though the more challenging aspects of the meta-analysis. We had contact with a statistician to help with the statistical analysis, and the clinical experience and expertise provided by Mr. Sugrue, who devoted a large amount of his time, meant that by the end of the eight weeks I had a high-quality research project which I am hoping will be my first contribution to medicine. Our research identified the average rate of readmission following laparoscopic cholecystectomy, common causes for readmission, and investigated potential risk factors for readmission.