Good News for The Breast Unit at Letterkenny University Hospital.

The Breast Unit at Letterkenny University Hospital, Breast Centre North West, was recently awarded with the William O’Keeffe prize in surgery at the Waterford Surgical meeting in conjunction with Royal Academy of Medicine in Ireland held on the 17th October 2015. 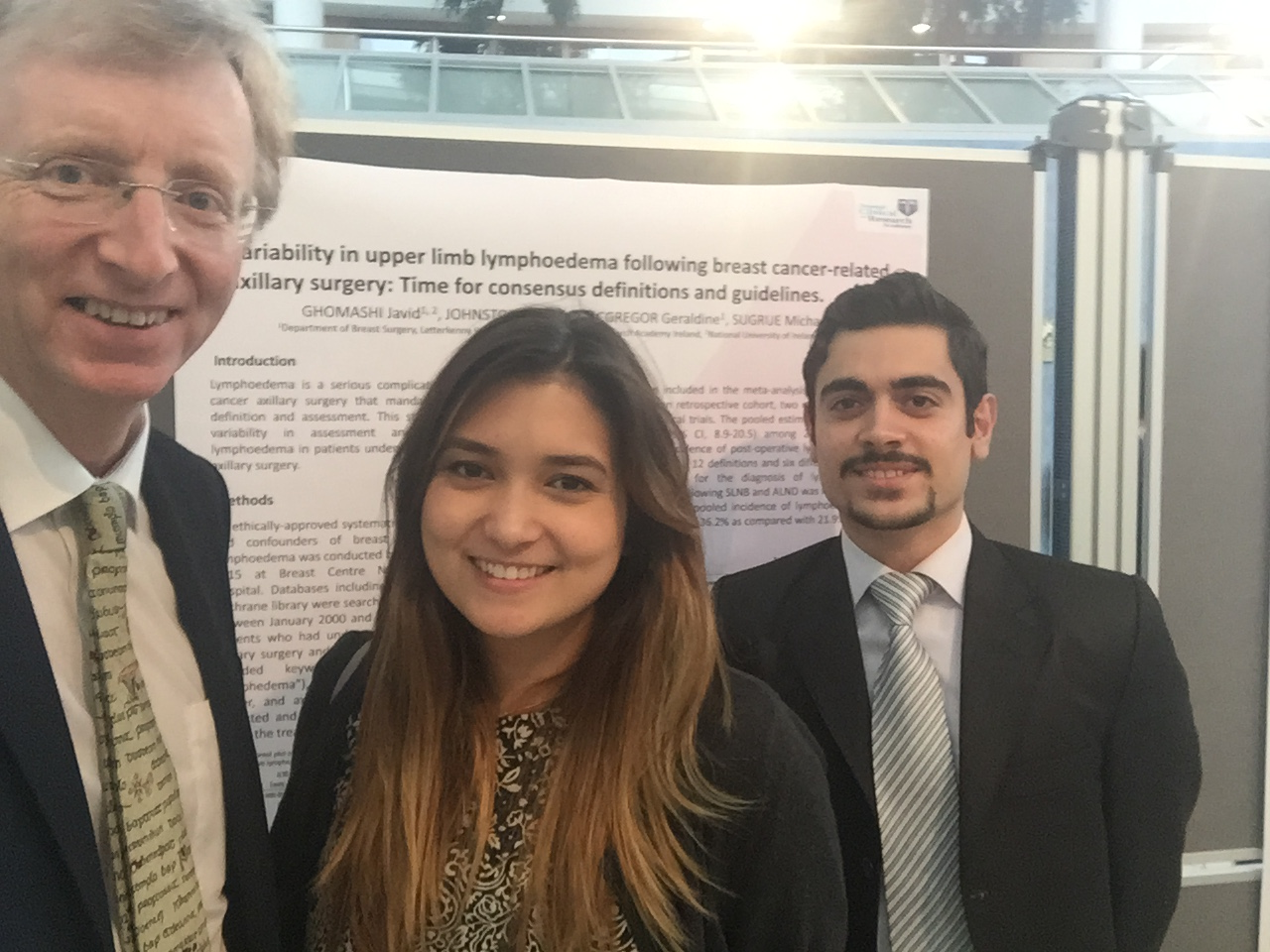 Mr Michael Sugrue, Breast Surgeon, was delighted with the outcome; he was particularly pleased as these two summer research students, 3rd and 4th year medical students at NUIG, were in competition against Surgical Registrars and those undertaking thesis and Masters in surgery. Michelle Choynowski’s work looked at variability and re-excision rates nationally and internationally following breast conservative surgery. This research was prompted by the desire to avoid repeat surgery in patients undergoing conservative breast surgery. Mr Michael Sugrue is particularly pleased as Letterkenny University Hospital has one of the lowest re-excision rates in Ireland and has been to the forefront nationally and internationally in providing one stop surgery to avoid re-operation. Currently the hospital’s re-excision rate is under 10% compared to 33% nationally. 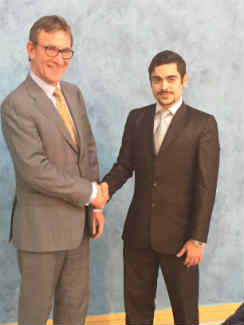 Alison Johnston, Research Co-Ordinator at the unit who is funded by community donations, said that Javid Ghomashi’s work had been pivotal in the new Better Outcomes for Breasts (BOB) Project being undertaken at the hospital. Javid’s work had identified the variability in lymphedema internationally and came up with a range of new measures which have been implemented at Letterkenny University Hospital; all patients now undergoing conservative breast surgery are entered into the BOB Project with careful monitoring of their functional and cosmetic results. Breast Centre North West has received awards over the years but this award is particularly pleasing. Mr Sugrue said that the community funding had allowed research to take place at the unit and this year six summer research fellows contributed to an exciting research programme. Their information and data will be presented at the annual Hospital Research Day on 27th November 2015, the same day as our Breast Ball.